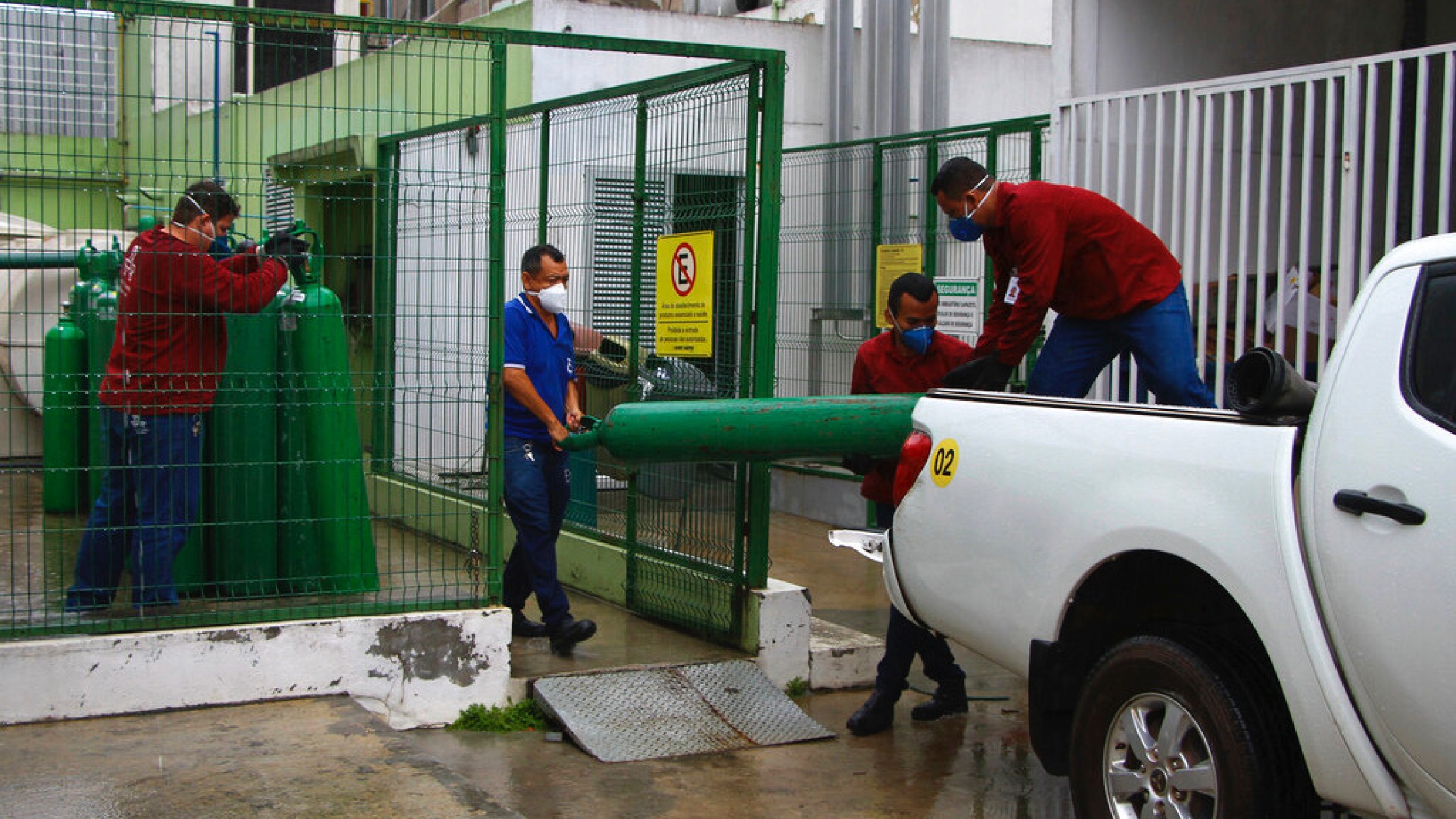 Brazilian army general and Health Minister Eduardo Pazuello told Brazilian mayors in a meeting Thursday that his government plans to begin vaccinating people on Jan. 20, if the CoronaVac and AstraZeneca vaccines are approved by then.

This was the first concrete date Pazuello has given. He was ridiculed earlier this week after he made a rather cryptic announcement, stating that “the vaccination will begin on the D-day and the H-hour.”

This week, it was announced that the efficacy of Brazil’s top COVID-19 vaccine, CoronaVac, was only just over 50%. The week before, it had been reported that it was close to 80%.

The news made international headlines. Both Reuters and The New York Times called the results “disappointing.”

But during a two-hour press conference, researchers and members of the São Paulo health institute Butantan, and the São Paulo state government pushed back. They’ve been working with Sinovac, the Chinese company developing the vaccine.

“This is an efficient vaccine. We have a vaccine that can control the pandemic by decreasing the intensity of the clinical illness.”Ricardo Palacios, medical director of clinical trials in Brazil

“This is an efficient vaccine,” said Ricardo Palacios, the medical director of the clinical trials. “We have a vaccine that can control the pandemic by decreasing the intensity of the clinical illness.”

Related: Brazilians flock to the coast during the height of tourist season while coronavirus cases surge

Butantan tested the vaccine in clinical trials for months on more than 9,000 participants, many of them front-line health care workers. According to Palacios, the vaccine prevented all of the serious and moderate cases of COVID-19 — that is, all of the cases needing hospitalizations. It prevented 78% of the mild cases of the coronavirus in the clinical trials and slashed the total number of cases in half.

Well-known microbiologist Natália Pasternak said this is a good vaccine for Brazil because it’s easier to produce and distribute it locally. CoronaVac can remain without refrigeration for nearly a month, if necessary.

For Wasim Prates Syed, a researcher at the University of Sao Paulo’s Pro-Vaccine Union, the problem was the very poor communication by the Butantan Institute and the state of São Paulo which released early information to the public. That led to confusion.

“It was very bad,” he said. “This puts people’s confidence in these vaccines into question. It was irresponsible. Because a vaccine at 50% efficacy is not bad. It’s actually very good.”

At least one person was happy to see this week’s bad publicity over the vaccine: President Jair Bolsonaro joked with supporters on Wednesday, saying “50%, that’s a good one, right?”

Bolsonaro has long fought against the CoronaVac vaccine in part because it was developed by a Chinese company and also because his political rival, São Paulo Gov. João Doria, negotiated the deal.

Bolsonaro has shown more affection for the Oxford University/AstraZeneca vaccine. A plane is leaving this week to collect 2 million doses from a lab in India. Bolsonaro has also openly criticized vaccines in general and says he won’t take one, because he’s already had the virus.

Syed says this rhetoric is a problem.

“Many of the positions of Bolsonaro and his government, in general, have legitimized and helped the coronavirus denial groups and, in particular, the anti-vaxxers in Brazil.” Wasim Prates Syed, University of Sao Paulo Pro-Vaccine Union

“Many of the positions of Bolsonaro and his government, in general, have legitimized and helped the coronavirus denial groups and, in particular, the anti-vaxxers in Brazil,” Syed said.

According to a late December poll, the percentage of Brazilians who said they would not get a vaccine rose to almost 28% of the population.

“We have an incredible history of controlling many infectious diseases in Brazil. We also have great scientists working in this field in a comprehensively covered health care system,” said Isabela Gonzaga, a Brazilian postdoctoral research fellow at the Princess Margaret Cancer Centre in Toronto. “But we have seen some issues in the populations’ behavior, like the drop in vaccination rates since 2016. We can see clearly now under the COVID[-19] pandemic how the political polarization can contribute to this coronavirus denialism and conspiratorial scenarios that can disturb the notion of trust in science and health measures.”

In the meantime, Brazilians are watching the rising COVID-19 death count. With more than 205,000 COVID-19 deaths, to date, the country is the hardest hit after the United States.

Reports broke on Thursday that hospitals in Manaus, the capital of the state of Amazonas, had run out of oxygen. Health professionals say the situation is dire, with some COVID-19 patients being transferred to neighboring states, others on manual oxygen pumps, and others simply dying.

Manaus was hit hard early on in the pandemic. Now, with the return of the rainy season, it’s being slammed again, now even worse than before.

The pandemic continues to spread, with over a thousand people dying per day.

It’s poised to get worse before it gets better.

Nevertheless, most are still on board for anything that will speed them through the pandemic. And Brazilians are anything if not resilient — finding humor, even in the hardest of times.

“I want your lovely sting,” musician and composer Edu Krieger says in a song he posted last week on Instagram about CoronaVac. “It’s a way of showing that China can be wonderful.”